There are three FREE parking hubs and no fewer than 13 shuttles operating during the 2020 Tucson Gem & Mineral Showcase to transport show-goers from show to show. These 13 routes are listed below. The first section of shuttle routes (eight in all) are operated by a Tucson company called MS Transportation; the JCK show at the Starr Pass Marriott operates their own shuttle that runs between JCK and AGTA at the Convention Center; and the remaining four routes, known as the GemRide routes, are operated by the City of Tucson Department of Transportation. 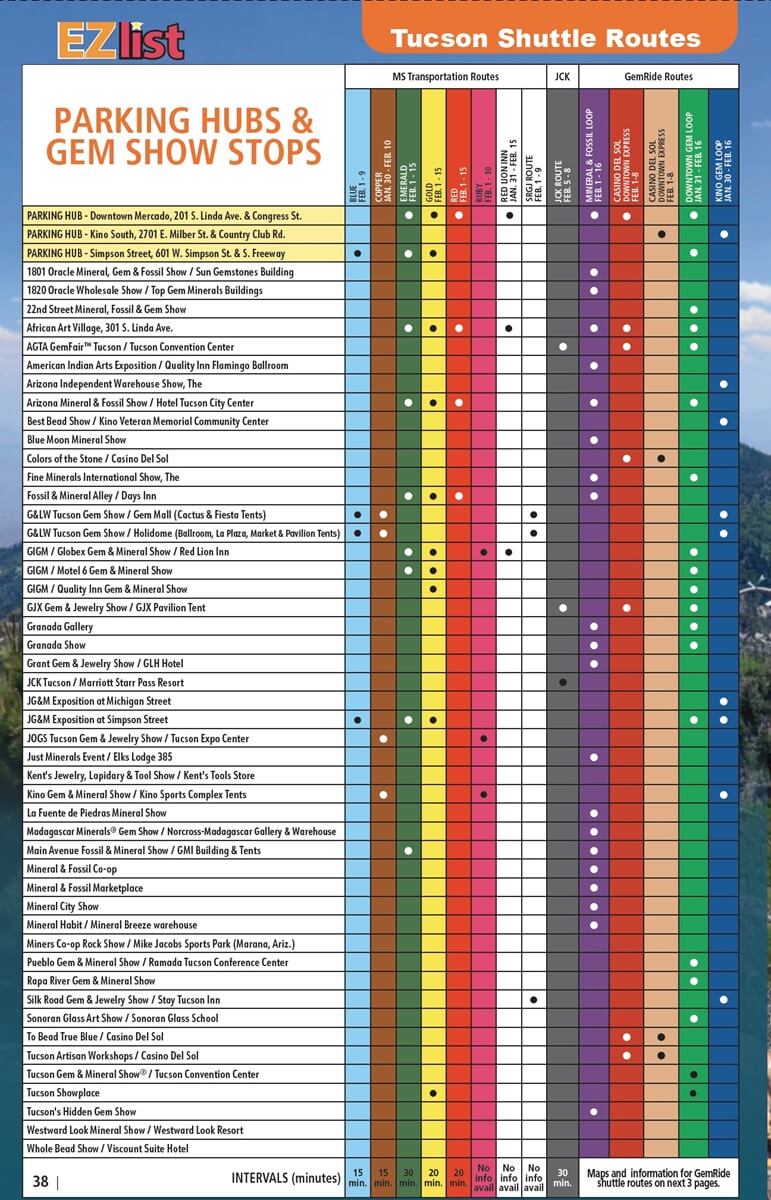